Sughra has been a dedicated member of the Tassibee Group since 1994 and has been inspirational and most committed in its development to being a well recognised organisation in Rotherham and now having a reputation in the region and nationally. As an educationalist, she began her early involvement as a tutor and consultant trainer to establish the management committee and immediately recognised the need for ESOL classes as well as other courses to raise the confidence and self esteem as well as improving the English language for the women who attended the Friday prayer sessions and lunch club at the Cranworth Clinic in Rotherham.

The Tassibee Organisation developed through the strong leadership and focussed support given by the various professionals and this was the driver for Sughra as she became the director and chairperson which enabled the manager, Khalida Luqman now CEO to establish the project in it’s own building and provided the base to develop the very successful community initiatives and capacity building projects it is renowned for. Sughra as Chair believes that all that has been achieved is a testament to the support of the other Board of Directors who are highly skilled in providing the strategic direction to Khalida an amazing and inspirational CEO.

In addition to her role with this organisation Sughra has been a Director of Curriculum at the Sheffield College, believing that learning truly transforms lives and that her thirty years service in FE ensured that learning should be inclusive and meet the needs of the diverse communities in the region. She is now the Managing Director of the ESL Academy, which continues to provide training and development to communities for whom English is a Second Language as well as coaching and mentoring support to raise aspirations. However, she feels most fulfilled by simply continuing to bring communities together in her social and voluntary roles in order to build more cohesive social networks and positive community engagement. 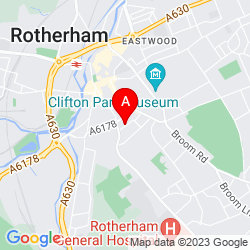